HOW TO FIGHT THE BATTLE WITHIN 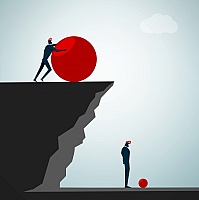 We fight many battles in this life, and face many opponents. We can surely say that life in fact is an up-hill battle. One would think that it's always easy to identify your opponent in the battle, however what if the enemy is within? How to you fight a battle within your very own camp or body? Some would probably say how could there be an enemy inside of me, shouldn't everything in me be on the same team? That's a good question let's look at the Bible for the answer, Romans 7:23, But I see a different law in the members of my body, waging war against the law of my mind and making me prisoner of the law of sin which is in my members. The Bible makes it clear that we are absolutely engulfed in a war within and both opponents are within the same camp/body.

The way to defeating your internal opponent is to know and understand who they are and what's their agenda. The Bible says that there are two laws in battle within us trying to take complete control. The law of sin and the law of your mind (we will call it the law of God) these two forces are constantly in battle within us. This battle is going on inside even when we are dealing with external battles, and we must never forget that. What is the law of sin, sin by definition is an immoral act considered to be a transgression against divine law "a sin in the eyes of God." Synonyms for sin is immoral act, wrong, wrongdoing, act of evil, wickedness, transgression, crime, offense, and misdeed. The law of sin is to fulfill its desires to commit acts of sin. The law of God are the rules of the kingdom of God and His way of life, His commandments, statues and judgments that are meant for our good. The law of God is to fulfill righteousness, a right standing with God. The law of sin produces death and the law of God everlasting life. 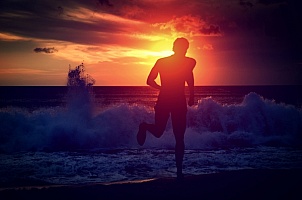 The misconception many people have is when they receive salvation that they no longer have to worry about the law of sin. However that is so far from the truth, because the law of sin will always be present in the members of your body. Watch this your spirit receives salvation not your flesh, your flesh will never be

( as they say) "saved." The Bible says we're born in sin and shaped in iniquity, thatmeans that the law of sin believe that it has a right to remain. However when we come into the knowledge of God and His laws, we understand that God is our creator and His laws supersedes all laws! That means we are no longer subjected to the law of sin and do not have to take heed to its desires, although they will always be ever present. 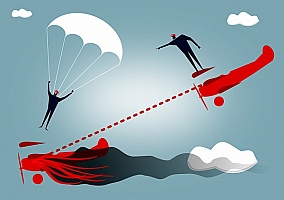 How do we fight against the law of sin? By committing ourselves to God totally and completely. We must stay alert and pay attention of the desires of sin that creep up and try to overtake us. Please be aware that sometimes the acts of sin may try to disguise it's self as a good thing, such as telling a little "white lie" to get yourself out of major trouble. Understand just because its sin doesn't mean we won't desire it, however we must remember that because something feels good to us, doesn't mean it's good for us. The Bible says we must crucify our flesh daily, and that they that are Christ's have crucified the flesh with the affection (or desires) and lusts.

Listen we must understand that this internal battle is real and we have no choice but to fight it. Understand that your flesh is subjected to you, it can't do anything without your permission. We choose whether or not we will succumb to the desires of sin. Know that the flesh will not take it lightly when you deny it what it wants, sometimes it can make you feel like you're losing your mind (you know I'm talking right). The law of sin is strong because it taps into our desires to fuel its war against the law of God. We must realize that part of the reason we have to fight so hard, is because deep down we really want the truth, which shall make us free. However we must want to please God more then we want to please our flesh, that's how we win these daily battles. When we love God with all our hearts, minds and souls our desire to keep his commandments will override everything else.

People of God listen I know the battle gets rough at times, however remember with God all things are possible. Stay in the word of God and keep feeding your spirit so that it's strong enough to withstand your flesh. Be careful not to fuel your flesh more than your spirit. Listen what you watch and hear if it's not fueling your spirit, it's fueling its opponent, so guard your hearing and seeing. Most important in our internal battle we must be sure that God is our general, this guarantees we win these daily wars!

I love You With The Love Of The Lord

Reply Gail
12:44 on 24 February, 2016
Thank you so so much Jesus! You helping us fight the battle of sin everyday and the perfect way You give us our Armor. Ephesians 6. I believe. Thank you Evangelist Bank. Thank you for sharing. God bless you and keep you in His Will.